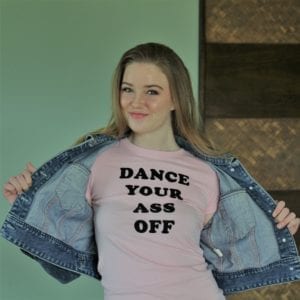 A Guide to What's Wrong with Your Parents

Footloose is indicative of teen thinking in the '80s...and points to why America has become such a divided nation today.

Ren McCormick (Kevin Bacon) moves from Chicago to small-town Bomont, whose residents are suspicious of his big city ideas. When he discovers dancing is illegal, he sets out to change the law –
putting him at odds with the local preacher (John Lithgow). An awesome soundtrack is the hallmark of an ‘80s teen film – and Footloose is one of the very best soundtrack movies of all time. It also reflects the thinking of the era: teens must rebel against close-minded adults who just don’t understand.

Footloose is tremendously empowering and Ren McCormick shows how to stand up for your beliefs in the most respectful way. That said, Footloose is jaw-droppingly irresponsible.

Imagine Footloose if it starred Christopher Atkins, Elizabeth McGovern and Tracy Nelson and was directed by Michael Cimino? Footloose has one of the best-selling soundtracks of all time. Six of the singles were Top 40 hits. MTV was instrumental in the success of the film. The video for the title song features clips from the film and premiered three weeks before the movie's release. It played in heavy rotation on the cable network, building anticipation for the film. This became a strategy for movies, essentially making the 1980s the decade of the soundtrack movie. Songs that play in the movie but are not included on the soundtrack are "Bang Your Head" by Quiet Riot and "Hurts So Good" by John Cougar.