“Some guys get all the brakes!”

Corey Haim is Les Anderson, one of three children of Yuppies (Richard Masur and Carol Kane). His family and his friends (Corey Feldman and Michael Manasseri) are rooting for him to pass his driver’s test -- and he has high hopes of being rewarded with a BMW. When his twin sister Natalie (Nina Siemaszko) passes but he doesn’t, Les lies and says he, too, got his license – thinking he will try again and succeed the next week and no one will be the wiser. However, he has a date with the girl of his dreams (Heather Graham, in her film debut). He keeps his date, thinking,
what could go wrong? 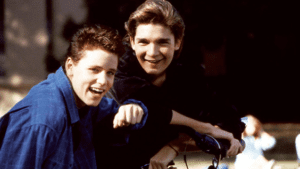 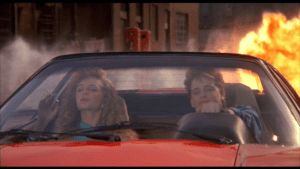 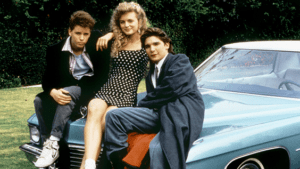 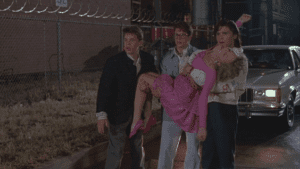 Could there be anything that better represents the ‘80s teen movie genre than a film starring the Two Coreys about the struggle of passing one’s driver’s license exam?

While parents may be appalled that our protagonist Les lies, takes Grandpa’s Cadillac for a joyride, drives without a license, and ultimately totals the car – all without any consequences. But, here’s what’s really messed up: 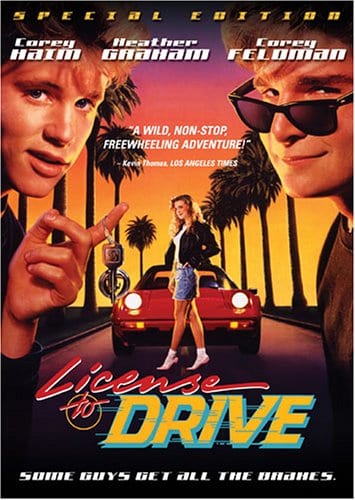 The most famous song to come from License to Drive is Rush Hour by Jane Weidlen (in a solo break from The Go-Gos). However, that song did not make it to the soundtrack. Here’s what did – and notice they got cute with the car-themed tunes: