"What he really wanted was to spend Thanksgiving with his family. What he got was three days with the turkey.” 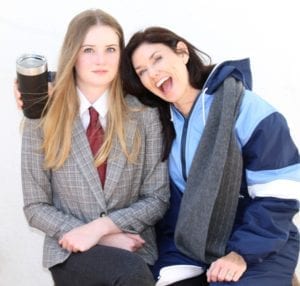 PODCAST: '80s Movies: A Guide to What's Wrong with Your Parents

Why PLANES, TRAINS AND AUTOMOBILES doesn't hold up for today's youth

Steve Martin is Neal Page, an executive trying to get home from a business trip in time for Thanksgiving. A snowstorm creates a series of delays and his frustration is exacerbated by the “help” of shower ring salesman Del Griffith (John Candy), an unintentional travel companion he meets on the way. 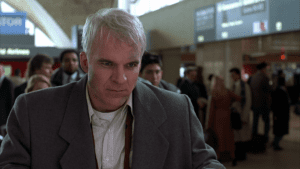 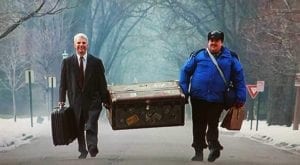 Planes, Trains and Automobiles is the best Thanksgiving movie to date, identifying the American experience: enduring the un-fun of the most traveled day of the year just to get to the peace of four days of family togetherness.

Additionally, this is quintessential Steve Martin, John Candy and John Hughes, who were all at the top of their game and popularity when this film came out.

This is the rare '80s movie that wouldn’t be Rated R today because the studio would likely insist on changing the one reason it got marked for adults only. Ultimately, it comes down to a one-minute scene where Neal is at the end of his rope and unleashes a profane tirade at a car rental clerk who made a mistake – and he utters 18 F-bombs in a row. The clerk responds with an F-bomb of her own. Other than that, Planes, Trains and Automobiles is more responsible than most PG films. Consider: 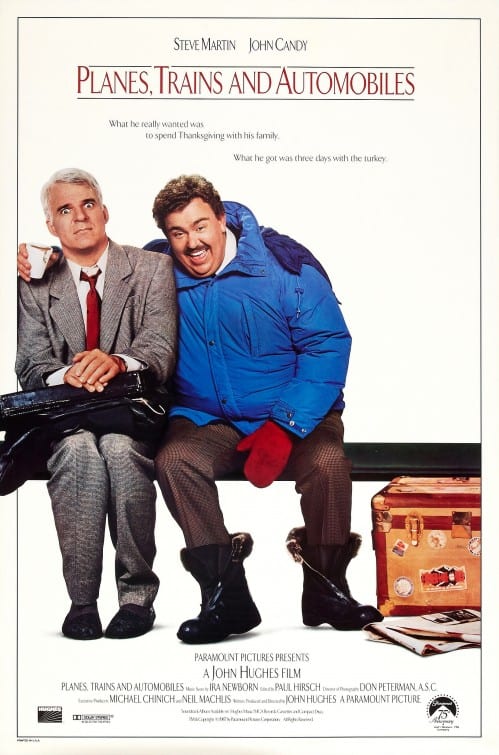 A great soundtrack is a hallmark of a John Hughes film. However, even film critic and historian Leonard Maltin noted the tunes were lacking in this one. One reason is that Elton John wrote the title song and was a mere two days away from recording it when a contractual issue with John’s label prevented the song’s inclusion. Planes, Trains and Automobiles was then left with no title song. However, it did have a “love theme.” The most memorable song from the film is Ray Charles’ “Mess Around,” but that is not included in the official soundtrack.

Opening Weekend Rank: #3. Other new releases were Three Men and a Baby at #1. The #2 movie was the rerelease of Cinderella.