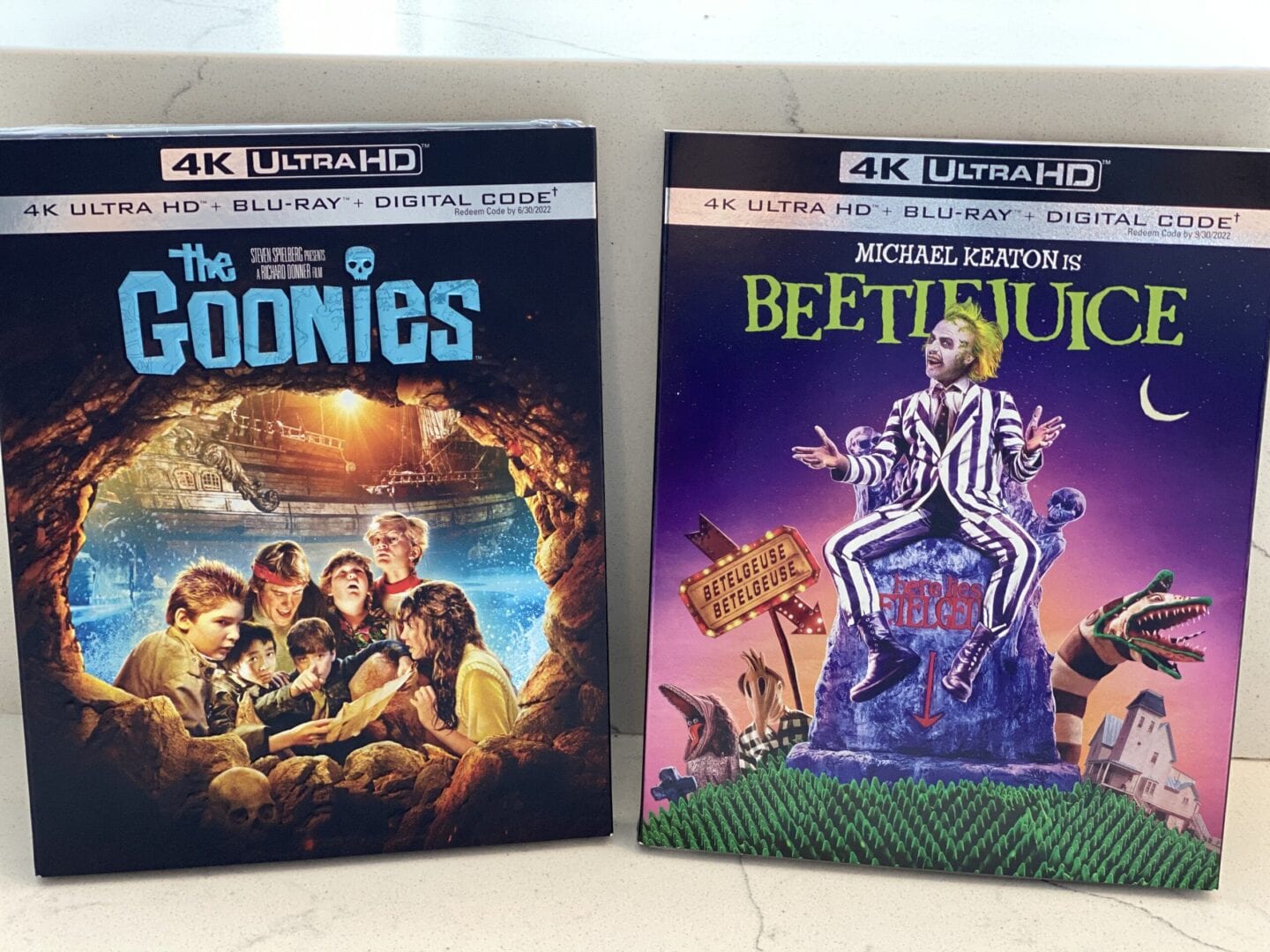 UPDATE! We have winners! Mark Perry who entered through Facebook and @KylotheCardigan from Insta. Thanks everyone who entered! If you didn’t win, these 4KUHD Blu-Ray Combo Packs are now available in stores and digital retailers!

Warner Bros. Home Entertainment is releasing The Goonies (1985) and Beetlejuice (1988) in 4K Ultra HD Blu-Ray tomorrow — and we’re giving away a copy of each! You get an entry for a Like, a Follow, and a Comment here and on our social media channels (@80sMovieGuide on Facebook, Twitter, Instagram, and YouTube). We will pick the winner the day of release, tomorrow, at 2p – so this is a 24 hour giveaway!

What makes this Blu-ray release of Beetlejuice and The Goonies different? Well, it’s all about options. For each Combo pack, you get:

Then, each disc has a little something EXTRA.

The 4K Ultra HD Blu-Ray release of The Goonies and Beetlejuice are available at stores and digital retailers on Sept. 1. And, you can win a copy here! We’re giving a copy of each, to enter just like, subscribe, follow, or comment here or on social media – an entry for everyone (and, we’re small mom and daughter site, dudes, you have a great chance of winning – you should definitely enter!). Two winners will be selected Sept. 1 at 2 p.m. We will contact you through the social media outlet where you contacted us so be sure we can reach you. Winners must live in the U.S. The first winner selected will get first pick of the movie of their choice. Enter now!

We are not being paid to host this giveaway, but Warner Bros. Home Entertainment provided us the items to give to you. We are paying for shipping.