Review: BILL & TED FACE THE MUSIC is a Most Triumphant Ending to a Beloved Franchise 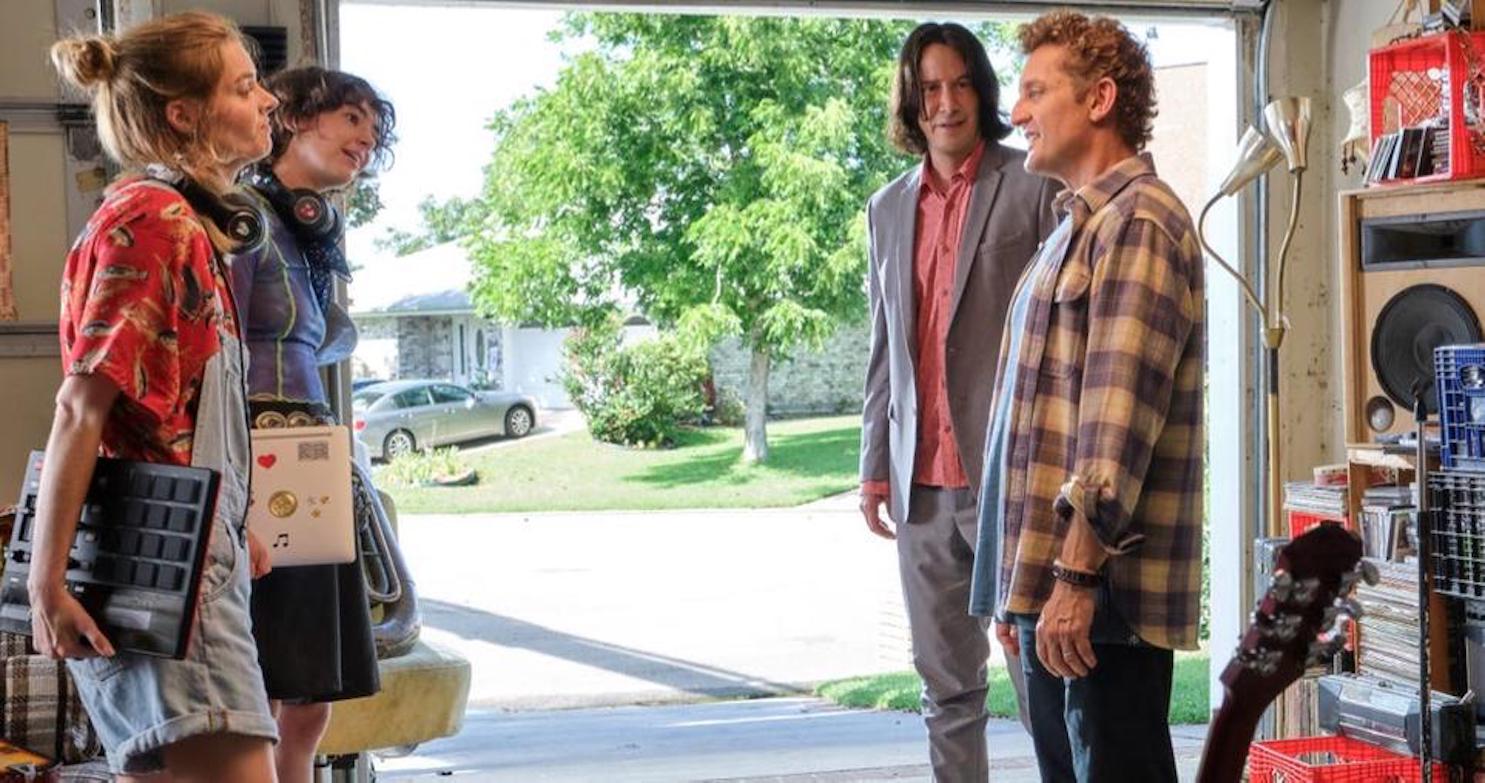 Bill & Ted don’t share the same DNA as franchises like Star Wars, Pirates of the Caribbean, or the DC Universe. As beloved as those films and characters are, the studios keeps making new films because they know they’re money trucks — sometimes, the story is a bit lacking as a consequence or trying to force out another film. In the case of Bill & Ted Face the Music, it’s release today is a result of decades of effort by writers Ed Solomon and Chris Matheson, and stars Keanu Reeves and Alex Winter. The team love these two airheads like we do and their passion, care, and sincerity show in the final film.

First things first, the film is addressing Bill and Ted’s lack of saving the world thus far. Time is running out, and the universe is splintering with reality as we know it hanging in the balance if the Wyld Stallyns don’t come up with that world unifying song by a certain time. It’s not the only thing on their minds: their wives — the princesses Elizabeth and Joanna, now played by the age inappropriate Jayma Mays and Erinn Hayes (they were 9 and 13 when Excellent Adventure came out) — are on the brink of leaving them. And, let’s just get it out, honestly, when you see how few lines they have, couldn’t we have brought back Diane Franklin and Kimberly Kates for this?

As Bill and Ted become aware how pressing their mission has become, they jump in the phone booth with a plan to come up with the song, entering various realities that provide pure pleasure to fans of the film. In the meantime, Bill’s teen daughter Thea (Samara Weaving) and Ted’s teen daughter Billie (Brigette Lundy-Paine, who is better at playing Ted than Keanu Reeves!) do some time jumping themselves to support their dads’ mission.

There’s plenty of callbacks to the first two films to bring huge smiles and loud laughs. Missy (Amy Stoch!) is getting married yet again (not going to spoil to whom, but it’s great). And, there’s a return to Hell where Death (William Sadler!) is in perfect form.

New characters are brilliant extensions of the familiar. Kristen Schaal is spot-on hilarious as the daughter of the late Rufus and The Great Leader (Holland Taylor), and is exasperated by her mother’s plan to save the universe by killing Bill and Ted. The Great Leader attempts to get the job done by releasing an assassin robot who is hysterically needy and inept (masterfully played by Anthony Carrigan).

While a few wish lists may go unfulfilled (personally, I’d love to see how the medieval princesses function as modern day parents and would’ve liked to see Bill and Ted interact with their daughters more), there’s only so much time available in one film — which if focused mostly on the guys, as it should be.

The fun the actors and filmmakers have on set translates to the audience. Reeves and Winter get to do some actors fantasy camp stuff with their characters. At times, the film feels like a long improv or SNL sketch — and that’s actually ideal. Bill and Ted were born from an improv exercise. It’s a silly movie, just as the first two were silly. Shallow, but kinda deep.

There’s no doubt to anyone following Ed Solomon or Alex Winter on Twitter, that they’re worried about the state of the world and the film carries a message that perhaps our polarized world can find common ground in music. Not a bad notion.

Without wanting to give anything away, it would be truly excellent if this film did receive an Academy Award nomination for hair and makeup (and with the smattering of films we’re getting this year, it just might be possible). And, yes, you should totally stay through the end credits for a final scene.

Some may see the film as too silly or not living up to the first film. But, I say, those people aren’t getting it. Bill & Ted Face the Music is about letting the characters try to achieve their destiny, giving the fans a satisfying finale, one that we can share with our kids. And, in that regard, it’s totally rad.

To find out if this film is a good one for your kids, read my Common Sense Media review HERE.

And, click HERE to read our complete guide to Bill & Ted’s Excellent Adventure – it’s everything you want to know about the making of the film and its release!