I FEEL PRETTY is the unofficial reboot of BIG 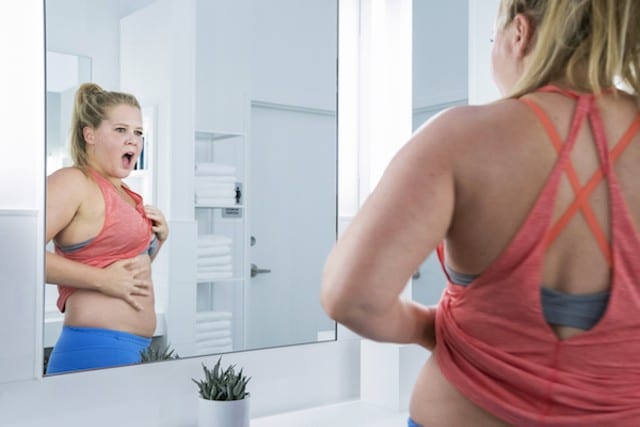 Amy Schumer’s I Feel Pretty is a lot of things: an extremely relatable physical comedy, a statement on what society has done to women’s body image, and a demonstration of the power of self-confidence. And, it’s an unofficial sequel to Big.

It’s about a woman who is self-conscious about what she perceives to be her lack of beauty in today’s world. After watching the Tom Hanks ‘80s classic Big on a rainy night, she goes to a fountain and makes a wish to be beautiful. The next day, she suffers a blow to the head and wakes up seeing herself as beautiful, even though she looks exactly the same. What transpires is a display of off the charts self-confidence; the audience witnesses how her life changes just because she believes she is gorgeous by society’s standards. (See my What the Flick?! review below:)

Of course, the messaging is totally different than in Big, which is a gentle nudge that kids shouldn’t be in such a hurry to grow up and adults should hold on to their childhood.

Big gets the official tip of the hat, but I Feel Pretty is also reminiscent of a broad comedy from 2001: Shallow Hall. In the Farrelly Brothers movie, Jack Black plays a pig who dates women only based on their appearance. Then, Tony Robbins (!) hypnotizes him into seeing women’s outer appearance as a reflection of their inner beauty – and falls in love with a 300-lb. woman. When Hal’s “vision” returns to normal, he realizes that it’s who we are that counts, not what we look like. So, similar but still, a very, very different message geared to men, where I Feel Pretty deals with what it’s like to be a woman.

More gender or ethnicity-flipping ‘80s reboots are on the way: Overboard, Splash, and Dirty Rotten Scoundrels. Of course, Ghostbusters set the trend.

Personally, I dislike the idea of remaking movies that are still relevant and a part of pop culture. However, by switching roles, it can freshen up an old property while paying homage to it – like the recent Jumanji redo. If it makes audiences interested in watching the classic, then, let’s celebrate it.